The 3rd International Workshop on Gaze Estimation and Prediction in the Wild (GAZE 2021) at CVPR 2021 aims to encourage and highlight novel strategies for eye gaze estimation and prediction with a focus on robustness and accuracy in extended parameter spaces, both spatially and temporally. This is expected to be achieved by applying novel neural network architectures, incorporating anatomical insights and constraints, introducing new and challenging datasets, and exploiting multi-modal training. Specifically, the workshop topics include (but are not limited to):

We will be hosting 3 invited speakers and holding 2 deep learning challenges for the topic of gaze estimation. We will also be accepting the submission of full unpublished papers as done in previous versions of the workshop. These papers will be peer-reviewed via a double-blind process, and will be published in the official workshop proceedings and be presented at the workshop itself. More information will be provided as soon as possible.

Submission: We invite authors to submit unpublished papers (8-page ICCV format) to our workshop, to be presented at a poster session upon acceptance. All submissions will go through a double-blind review process. All contributions must be submitted (along with supplementary materials, if any) at this CMT link.

Accepted papers will be published in the official ICCV Workshops proceedings and the Computer Vision Foundation (CVF) Open Access archive.

Note: Authors of previously rejected main conference submissions are also welcome to submit their work to our workshop. When doing so, you must submit the previous reviewers' comments (named as previous_reviews.pdf) and a letter of changes (named as letter_of_changes.pdf) as part of your supplementary materials to clearly demonstrate the changes made to address the comments made by previous reviewers.

The GAZE 2021 Challenges are hosted on Codalab, and can be found at:

More information on the respective challenges can be found on their pages.


We are thankful to our sponsors for providing the following prizes:


* This time is calculated to be in your computer's reported time zone.
For example, those in Los Angeles may see UTC-7,
while those in Berlin may see UTC+2.

Please note that there may be differences to your actual time zone. 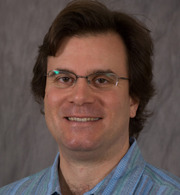 An Egocentric View of Social Behavior

James M. Rehg (pronounced “ray”) is a Professor in the School of Interactive Computing at the Georgia Institute of Technology, where he is Director of the Center for Behavioral Imaging, co-Director of the Center for Computational Health, and co-Director of the Computational Perception Lab. He received his Ph.D. from CMU in 1995 and worked at the Cambridge Research Lab of DEC (and then Compaq) from 1995-2001, where he managed the computer vision research group. He received an NSF CAREER award in 2001 and a Raytheon Faculty Fellowship from Georgia Tech in 2005. He and his students have received a number of best paper awards, including best student paper awards at ICML 2005, BMVC 2010, Mobihealth 2014, Face and Gesture 2015, and a Method of the Year award from the journal Nature Methods. Dr. Rehg serves on the Editorial Board of the Intl. J. of Computer Vision, and he served as the General co-Chair for CVPR 2009 and is serving as the Program co-Chair for CVPR 2017 (Puerto Rico). He has authored more than 100 peer-reviewed scientific papers and holds 23 issued US patents. Dr. Rehg’s research interests include computer vision, machine learning, behavioral imaging, and mobile health (mHealth). He is the Deputy Director of the NIH Center of Excellence on Mobile Sensor Data-to-Knowledge (MD2K), which is developing novel on-body sensing and predictive analytics for improving health outcomes. Dr. Rehg is also leading a multi-institution effort, funded by an NSF Expedition award, to develop the science and technology of Behavioral Imaging— the capture and analysis of social and communicative behavior using multi-modal sensing, to support the study and treatment of developmental disorders such as autism. 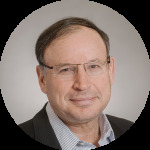 I will start by describing a general method for the analysis of visual scanning behaviour in neuropsychiatric disorders. I will then demonstrate the utility of this novel method by providing examples from our studies in patients with eating and mood disorders. I will then describe two low cost eye-tracking systems that we developed for such studies. One system uses a smartphone to display visual stimuli and analyse visual scanning patterns while the other uses a virtual reality headset to display visual stimuli. Point-of-gaze, in both systems, is computed by an eye-model whose parameters are estimated from eye-images by machine learning techniques (i.e., a hybrid approach to point-of-gaze estimation).

Moshe Eizenman is a professor in the departments of Ophthalmology and Visual Science and Electrical and Computer Engineering at the University of Toronto. He is also a senior researcher at the Krembil Brain Institute. He received his Ph.D. from the University of Toronto in 1984, where he worked at the Institute of Biomedical Engineering as the head of the vision and eye-movements group. He has authored more than 120 peer-reviewed scientific papers and his research interests include the development of eye-tracking systems, analysis of eye-movements and visual scanning patterns and development of objective physiological markers for psychiatric and neurological disorders. Prof. Eizenman is the founder of EL-MAR Inc. a company that develops advanced eye-tracking technologies for pilot training, driving and medical research. 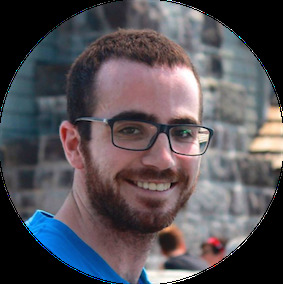 Where are they looking?

In order to understand actions or anticipate intentions, humans need efficient ways of gathering information about each other. In particular, gaze is a rich source of information about other peoples’ activities and intentions. In this talk, we describe our work on predicting human gaze. We introduce a series of methods to follow gaze for different modalities. First, we present GazeFollow, a dataset and model to predict the location of people's gaze in an image. Furthermore, we introduce Gaze360, a large-scale gaze-tracking dataset and method for robust 3D gaze direction estimation in unconstrained scenes. Finally, we also propose a saliency-based sampling layer designed to improve performance in arbitrary tasks by efficiently zooming into the relevant parts of the input image.

Adrià Recasens is a Research Scientist at DeepMind. He previously completed his PhD on computer vision at the Computer Science and Artificial Intelligence Laboratory at the Massachusetts Institute of Technology in 2019. During his PhD, he worked on various topics related to image and video understanding. Particularly, he has various publications on gaze estimation on image and video. His current research focuses on self-supervised learning specifically applied to multiple modalities such as video, audio or text.